I always thought that you took life as it came by. Tell me why did you go there?

I needed to put some visuals to all those descriptions that I had collected in my head. Also, I guess that I wanted to interact with the social scientists. I felt that Wiko would be an ideal place to discover what the other culture did, how they thought, how they reasoned. Yes, I remember you pondering upon that piece. Social scientists prefer to deliver their talks sitting, generally read from written notes and tend to quote profusely, whereas natural scientists typically talk standing, do not use written notes and hardly use quotations.

I never understood why that article fascinated you so much. Let us say, it was plain curiosity. Anyway, what did you find? Well, my sample size was much smaller and, unlike the original author, I am not a professional behavioral ecologist. But within the limits of my experience, I think that the author was spot on in terms of reading from notes and extensive quotations.

All the social science talks I attended at Wiko, and thereafter, corroborated those two observations. However on all these occasions, the speakers were standing. Maybe Wiko forgot to provide chairs! As a matter of fact, the chairs were provided, but the social scientists preferred to stand at the podium and seemed completely at ease. So you have data conflict. An alternate would be that there really is no pattern to it, and social scientists speak in whatever conformation they want to the data obtained are merely sampling artifacts.

However, there exists a third possibility, which is a tantalizing one for me. You mean if both observations are correct? But hang on that would mean, all else being equal, a major behavioral shift in a span of about three four years!


That is rather hard to imagine if the sitting behavior of social scientists is indeed maintained by drift and history and not by selection, as the previous author thought. If you consider the average biological age of the speakers who delivered those colloquia, it is clear that they can not belong to a different generation from the ones described by the previous observer.

But what kind of a selective pressure could it be? Willingness to conform to a common way of delivering talks! Why, and more importantly, why now?

I simply do not know enough of what is happening in that coterie! You had three months of pristine time in your hand and all you could do was to wonder why some academicians sit and others stand while delivering talks! And after all that you could not even develop a proper theory out of it! This is wastage of time Maybe but it was a lot of fun.

I figured out that this might be the only occasion in my life when people around me would not care too much about what I was doing. I remember that you never gave a talk at Wiko, although several people requested you time and again to speak about your work.

In some sense, I guess, I experimented with an alter ego one of the many that I would like to live through. But I refused to cook for myself at Wiko. In fact, to digress a little, I did not cook even for a single day, which led the nice lady at the dining hall to believe that I did not know where the kitchen was.

It took me some time to convince her that I knew where the kitchen was and how to use the gadgets in it. I don t think so. I think that you were being lazy and were simply goofing off. It would have been far easier and timesaving for me to cook. And if you are referring to talks, like most natural scientists, I too have a set of PowerPoint presentations ready on different aspects of my work. I think we can rule out laziness. But then why didn t you give the talks? I am sure that at least some people must have thought that you were arrogant; others probably felt you were shy or unsocial or both.

In fact I vividly remember the last thursday that I was there. As the dinner was about to end, the person who generally made the announcements came to me quietly and asked whether I would be comfortable making a farewell speech. In fact, that moment was the high point for me at Wiko to see that people cared sufficiently about the feelings of a person to put it above conventions. I have given many talks in the past and will probably give a few more in the future, but this small speech that I did not give, will certainly remain as one of the most memorable ones. You prepared a speech and then you did not deliver it!

Why, what did you gain from this? Is this the post-ultra-modernist way of saying goodbye? By keeping mum at a farewell? Actually it is a pretty ancient way. Incidentally, this is the place where rabindranath tagore founded his university. 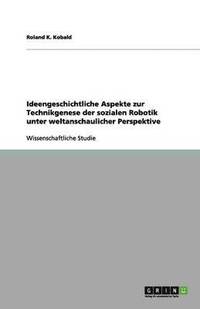 Apparently, they think that clapping destroys the atmosphere and trivializes the emotions that an artist is trying to convey. So were you under the impression that these farewell speeches are emotional affairs? But what good does it do if people do not even realize that you are saying goodbye to them? I admit that it does not serve the purpose of my audience, but then I say goodbye because I feel happy saying so. Come on, this is not mathematics where you specify your axioms, state your inference rules, and everything else follows.

This is a social interaction and you can not unilaterally define the way it should be conducted.

There are established norms of every society, which must be followed. But I already stated that I was trying out a different persona and hence was not doing anything that I would routinely do in my life. No it does not. It is one thing to be a little eccentric, completely another to behave like an unsocial moron. You had a chance to interact with some of the best minds in the world, and all you could do was to sit silently in a corner and observe who was standing and who was sitting! I was also trying to uncover deep mysteries of Wiko Why do I have a strange feeling about this?

Because you are trying to rationalize everything in a frame of reference that is different from mine. Anyway, before going to Wiko, I was browsing the list of fellows when I noticed that there were no mathematicians in the group. After arriving there, I checked the list of past fellows for a few years and found that mathematicians were sort of underrepresented.

I found that to be rather unusual since the Institute for Advanced study in Princeton, on which Wiko is supposedly modeled, always placed a rather high premium on mathematicians. I put the question to one of the Wiko administrators, whose answer did not really satisfy me. But I remember that it made no sense at that time, which of course made me more curious.

I was about to proclaim that I have probably found a soul mate and would be highly obliged to get the name and contact details of the junior mathematician, when I realized that it was meant as an example of the kind of non-interaction that the administrator thought was unfruitful!

But you said that Wiko leaves people on their own, then why should it bother about whether the Fellows mingle or not? Moreover, you can always find introverts among academicians or creative artists and hence it is not possible for Wiko to predict anything about the interaction among people. They can just bring everybody together and hope for the best! As a matter of fact, that s what they do.


I can vouch for their no-interference policy they left me strictly alone, even when I was spending a lot of time confined to myself! Also, as I was told, it is untrue that they do not call mathematicians; it is just that they invite fewer of them. As far as why the lack of interaction, if true, bothers them I must confess that I did not figure that out to my satisfaction. So, you failed again! In doing something meaningful? But then, that s my insight from reflecting on my experience at Wiko.

Problems start happening to you when you fail to comprehend either the meaning or the context.

You almost sound like a sensei in one of those martial art movies. But honestly, do you feel that this is a profound insight? Lift any old Zen text and you shall find similar thoughts.